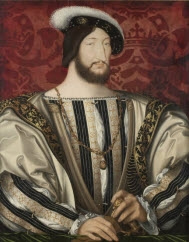 Sixteen courses at the graduate level are required.  Nine of these correspond to requirements of the Department of French, seven to the requirements of the Renaissance Studies Program.  Of the nine courses taken in French, one must be French 610 (Introduction to Old French), two others must fall within the medieval and early modern periods (eleventh through seventeenth centuries).  The six remaining courses in French must cover as broad a spectrum as possible of the various periods and subfields of French and Francophone literature.  Of the seven courses taken in Renaissance Studies, two must consist of the Renaissance Studies Core Course, two must be in a literature or literatures other than French, and three must be taken in other departments (History, History of Art, Music, Religious Studies, Philosophy, etc.).